Little Caesars franchise is a take-out style pizza restaurant that sells pizza, chicken wings, “Crazy bread”, and other food related products. The franchisor offers both individual franchise units as well as a “territory reservation agreement”, which is when a single investor can reserve an entire area of land to develop multiple Little Caesars restaurant franchises.

Want to speak with a franchise specialist about Little Caesars or another franchise? Click here: https://share.hsforms.com/1ZtNM19w4R8WIXyNa_97N7w4e0xw

Little Caesars is headquartered in Detroit, Michigan. It was founded in 1959 as a single, family-owned restaurant, and sold its first franchise in 1962. Nowadays, Little Caesars is the third fastest growing pizza chain in the United States, behind competitors Pizza Hut and Domino’s Pizza. The company was founded by Mike Ilitch and his wife Marian Ilitch, and is currently owned by Ilitch Holdings Inc.

This article provides insight about Little Caesars franchised units in the United States. As of the end of 2020, there were 4,211 total outlets, with 3,629 units franchise owned and the remaining 582 company-owned.

The total investment necessary to begin operation of a standard Little Caesars franchise is from $359,700 to $1,686,000.

Little Caesars: The total investment necessary to begin operation of a standard Little Caesars franchise is from $359,700 to $1,686,000.

All in all, compared to two other major pizza franchises, the estimated total investment for a Little Caesars pizza restaurant is much higher than it is for a Papa John’s or a Domino’s.

It does not provide an income statement in their FDD, consistent with their policy of withholding pertinent financial information until an investor actually buys their franchise.

The following numbers are taken from the most recent fiscal year (2020). While there was a decline in franchised units, there was an increase in company owned outlets. This can mean a number of things, but one possible explanation is that Little Caesars has a practice of “seizing” or buying back establishments from franchisees who are struggling.

So how do these numbers compare to other brand name businesses in the Food & Beverage industry? Below is a chart comparing the net change of Little Caesars units in 2020 to those of other restaurant brands. Compared to non franchise brands, Little Caesars lags significantly behind companies like Starbucks and Chipotle, but is fairly equally matched to franchised fast food restaurants like Subway and McDonalds.

While it is important to compare the statistics of Little Caesars with other contenders in the Food industry, it is also vital to look at how they perform compared to other businesses in the Pizza subcategory. Since Little Caesars reveals very limited financial information in their FDD, it is difficult to accurately compare these franchises on that front. However, analysis can be conducted by looking at the number of units that opened/closed in the most recent fiscal year, 2020. Below is a chart comparing these numbers of Little Caesars and two other major pizza franchises, Papa John’s and Domino’s.

Even when compared to other pizza franchises, Little Caesars lags significantly behind in terms of growth, at least on the franchised end. For example, out of the above three example franchises, only Little Caesars had a negative net number of restaurants in 2020.

Want to speak with a franchise specialist about Little Caesars or another franchise? Click here: https://share.hsforms.com/1ZtNM19w4R8WIXyNa_97N7w4e0xw 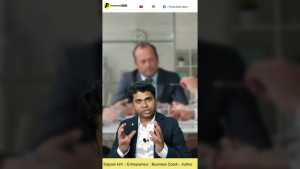 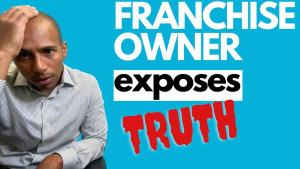 Why You SHOULD NOT Buy a Franchise!! 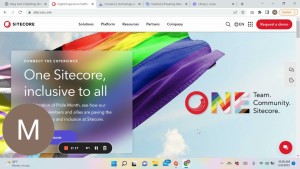 As an emerging, mid-market or enterprise franchise brand – the demands of your CMS to rollout unique websites that meet the requirements of your franchisees gets harder not easier. Choosing the right CMS from day 1 can help mitigate problems later on. In this video @Mark Michael DevHub.com CEO / Co-Founder talks about the different…